Cuilapam is home to a former convent (El Convento de Santiago Apóstol) with magnificent architecture built by the Dominican friars. Its construction began in 1559, but unfortunately was never finished. It´s believed that with its huge dimensions, it might have become the most amazing monument of colonial Spanish America.
The town of Cuilapam de Guerrero is where Vicente Guerrero, former Mexican president and hero of Mexico´s Independence, was executed in 1831. Vicente Guerrero who was of African descent, abolished slavery during his brief presidency in 1829. 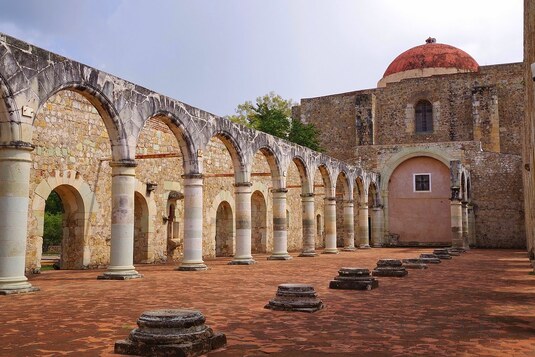 Besides visiting El Ex-Convento de Cuilapam you will also experience the Thursday Market (Baratillo), a place where cattle, sheep, goats, pigs and other animals are sold.