Monte Albán was the ancient Zapotec capital. It was also one of the first cities in Mesoamerica. It flourished for thirteen centuries, from 500 BC to 850 AD aprox. With more than 25,000 inhabitants, it was one of the most popular cities. Not only Zapotecs lived there, Olmecs and Mixtecs inhabited it as well. It´s located 500 meters above Oaxaca City and at the top of the mountain, you will have a 360-degree view of the valley. Walk among the remains of palaces, staircases, platforms, temples, a ball court and an observatory. 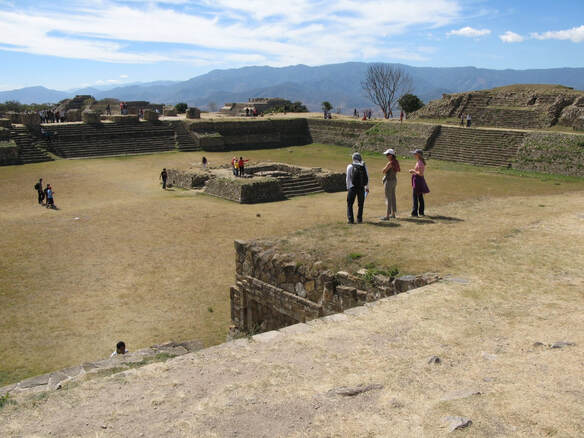